A patch of empty land in Preston has been lovingly restored as a community space.

Paul’s Pad, which sits within Fishwick, was transferred to a community group.The green space at Truro Place was created when a number of maisonettes were demolished in 2003 by Preston City Council.

In 2005 the land transferred to Community Gateway Association and remained vacant since.

Now the Friends of Fishwick and St Matthews have finished bringing the land back into use.

A ‘land swap’ was agreed to stop building by Community Gateway on the site, with the city council offering up alternative sites for new homes to be build on.

A spokesman for the Friends group said: “The site was considered for a Sure Start Centre in the mid-noughties but residents and Councillors rallied to keep the site vacant as a potential green space. Community Gateway Association then successfully applied to put housing back on the site in 2011. Residents and Councillors continued to fight the proposals and the scheme was delayed due to United Utilities work on the land.

“The dream of a new green space seemed lost in 2014 when the housing association won planning permission to build on the site for a second time. However, during this time, the Friends of Fishwick and St. Matthews developed a Neighbourhood Plan to protect the areas assets and were granted one million pounds lottery funding over 10 years for community development. The group went cap-in-hand to the housing association in one last attempt to prevent housing being built on the land.

“Following negotiations with Preston Council, it was agreed to transfer the land back to the council in return for various smaller parcels of land that Community Gateway could build on instead. Once the land swap was completed, the site was leased to the community group via their partners Emmaus. Greencare were employed to transform the land from its derelict state into a useable green space.

“The Friends of Fishwick and St. Matthews would like to thank the residents in the area, some of whom never gave up on the dream. Community Gateway Association and Preston Council were integral to making this possible by completing the land swap. We are grateful for their vision. This area is one of the poorest areas in the city and a lack of green spaces is intricately linked to poverty and poor health. Spaces for safe, creative play are vital to children’s development. The effects of the time, effort and money that this project required will be felt for many years to come.” 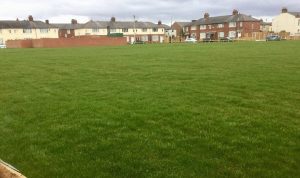 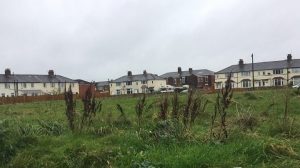